This is a site-specific piece created during a residency at Elsewhere Living Museum, where it is also currently installed.

The Dream Machine is an imaginary mechanism fuelled by the fantasy that in sharing the same sleeping quarters, past and present occupants of the the boarding-house which is now Elsewhere Living Museum might occupy a collective dream-space, closing the temporal gap between them. Using objects from the museum’s collection (the skeletons of furnishings from the bedrooms of previous residents), Sebes has re-imagined Ian Sommerville’s dreammachine: a stroboscopic flicker device which was popular in the 1960s. This machine is believed to produce Alpha waves in the human brain, which are associated with REM sleep. The sonic elements of the piece come from live amplification of the turntable’s motor via a contact microphone, which is then reverberated through the springs of the bed frame behind, forging the voice of the machine. As the viewer places their body in the path of its moving light, their shadow also moves although they do not, prompting a sense of disassociation; an entering of the dream-space. 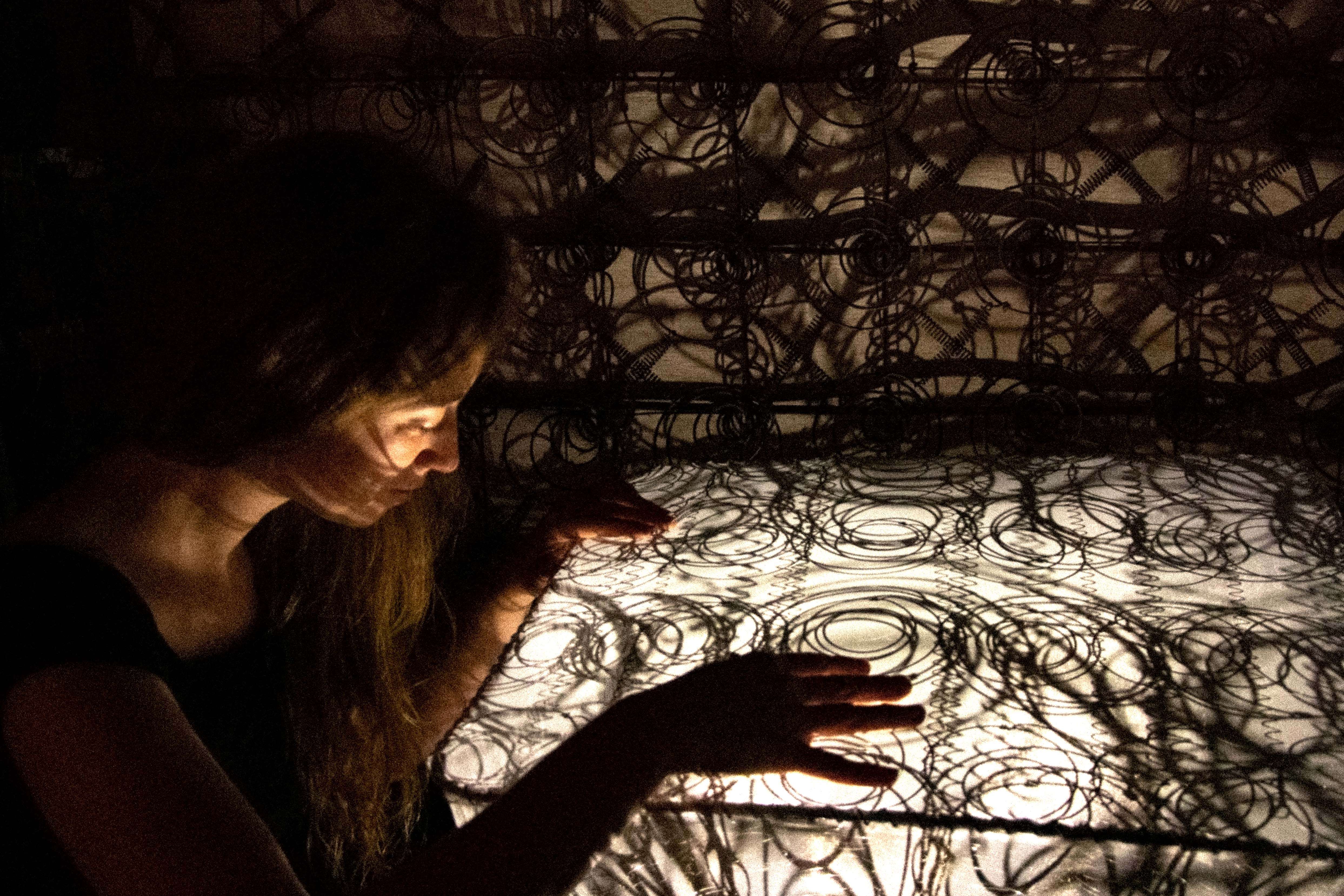