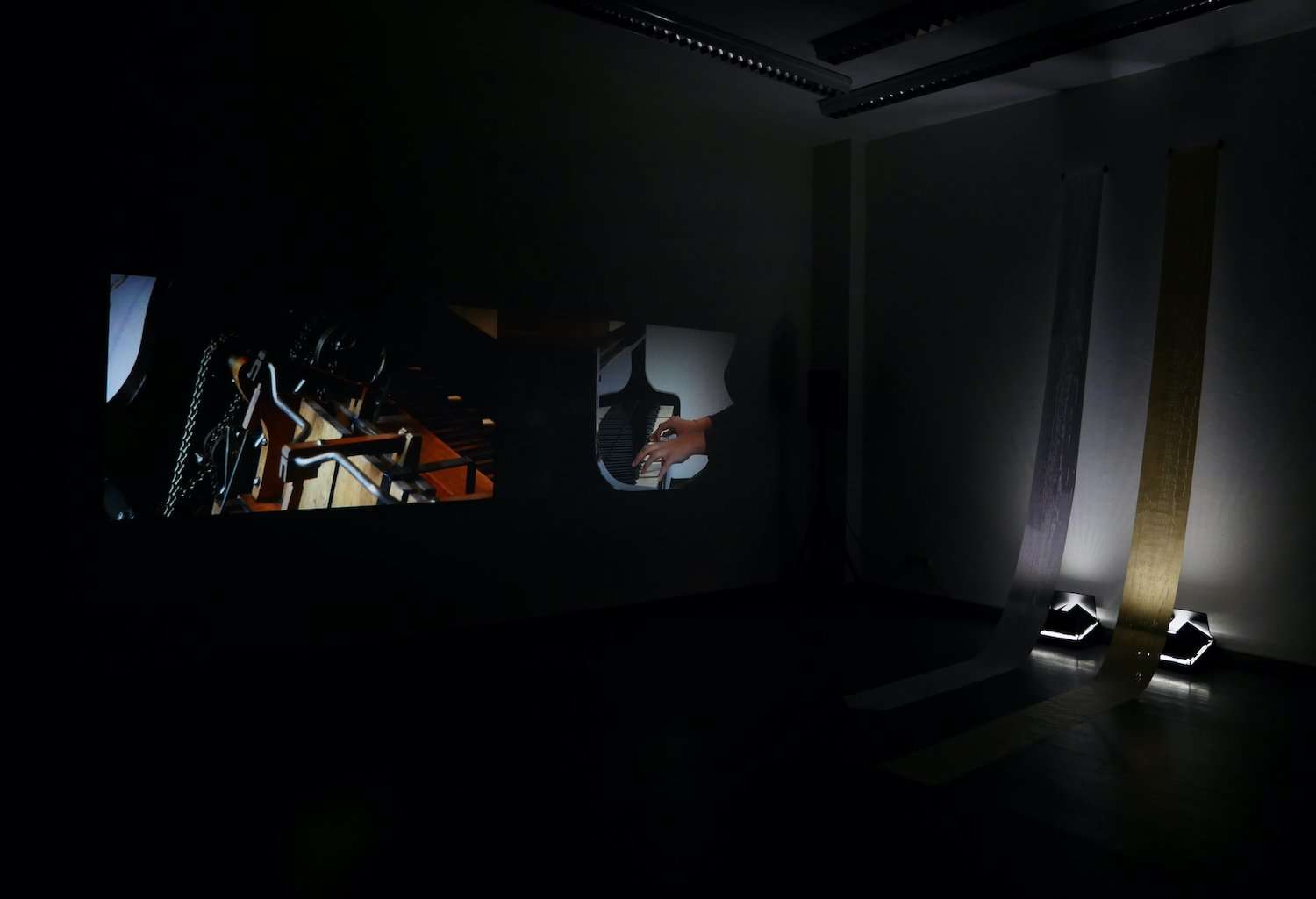 Aria Mechanica is a project which layers human and machinic musical interpretations of a perforated paper score for a 65-note Aeolian Vorsetzer Pianola*. This score is an aria from Offenbach’s Opera ‘The Tales of Hoffmann’, which also features the story of Olympia – a singing mechanical doll with whom the male protagonist falls in love. The scroll, rather than being directly played on a Vorsetzer, was first graphically interpreted by a human pianist, Adrienn Illés, whose performance was then recorded, converted to MIDI and laser cut into a new paper scroll. The laser-cut scroll was finally played by Lottie Sebes on an Aeolian Vorsetzer, forming loop of multiple imperfect interpretations of the machine’s recorded media. At every step in this multi-layered process of interpretation, translation and re-translation of the score, aspects of inaccuracy, modification, or poetic license – be it via human or machine ‘error’ were contributed to the piece. In both iterations of the work, the  video and the performance, the varied interpretations are played in polyphonic chorus. Air and agency are passed between human and non-human players of the work as their interpretations are woven into a poly-perspectival expression of the scroll of Offenbach’s piece. Illés breathes into an electro-pneumatic device to turn the paper scroll as she plays it, while the laser-cut scroll is triggered by Sebes pushing air through mechanisms of the Vorsetzer. Rather than a traditional piano, the Vorsetzer plays a midi keyboard, triggering sampled sounds of Sebes’ breath, pitched across the breadth of the keyboard.

This work makes a claim to the genealogy of the technical structures with which it engages, including MIDI as a musical storage medium that can be traced directly back to pianola rolls, as well as the story of Olympia from Offenbach’s opera, who invokes a cast of similar feminized musical automata from the eighteenth and nineteenth centuries. Questions of agency, will and control permeate the discourses surrounding these female-formed musical automata who, by virtue of their mechanical bodies formed by their male inventors, could not possess their own wilfulness. In Aria Mechanica, Sebes and Illés assert their own agency in this web of historical gendered associations, questioning and interrogating the historical association of women with musical automata and disrupting the binaries which have normatively divided men and women, as well as humans and machines. Sebes and Illés impose a series of modifications, failures and choices on the semi-automated reproduction of this piece. Working in partnership with machines, they allow the idiosyncrasies of their functioning and of human interpretation to determine the transformation and composition of the work.

*A Vorsetzer is a pneumatic musical automaton dating from the early 20th century, designed to be pushed up to the keys of a piano, which a human player can pedal to play the music recorded on a perforated paper scroll. 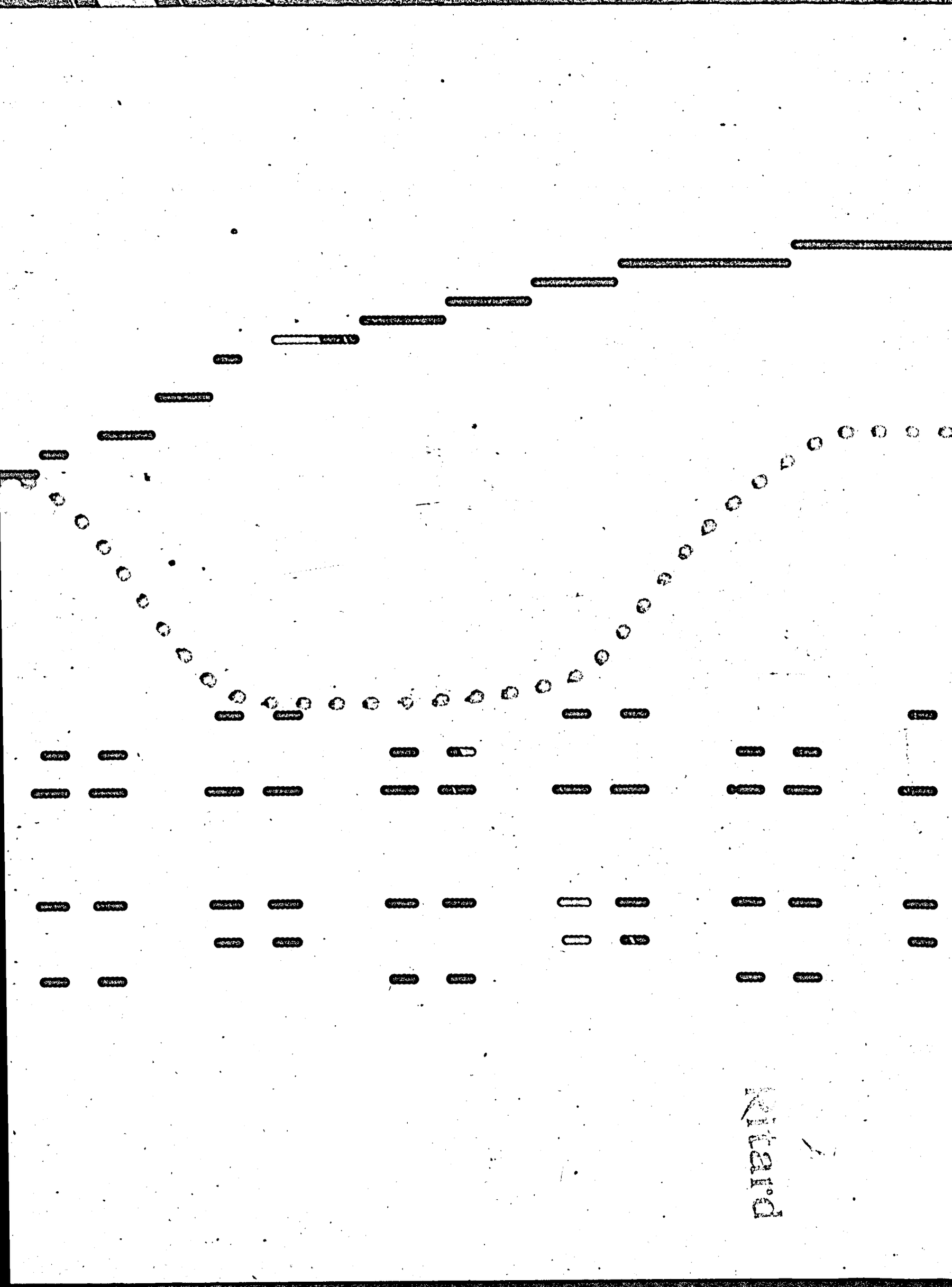